Projected in 1950 by the Brazilian and Italy born modernist architect as the couple’s home, the Glass House today holds part of their particular art collection that they acquired throughout the years.

With its harmonies of light and geometry, density and apparent weightlessness, Casa de Vidro [Glass House], by Lina Bo Bardi (Rome, Italy, 1914 – São Paulo, Brazil, 1992) in Morumbi, São Paulo, is one of the most beautiful of all architect’s homes. It is also, certainly, one of the most important works of 20th-century Latin American architecture, forging ideas and motifs that would later be extended and reworked in projects as MASP – Museu de Arte de São Paulo (1957–1968), along the Avenida Paulista, and the SESC Fábrica da Pompeia (1977), a huge multidisciplinary complex, on the site of an old factory. Casa de Vidro was completed in 1951, the year of Bo Bardi’s naturalisation as a Brazilian, roughly five years after her relocation from a devastated Italy. Lina Bo once wrote, following the war, that ‘in Europe man’s house is now rubble’1. But just as much as the ruin allegorises loss, Casa de Vidro looks out onto its forest surrounds with a defiant sense of optimism, symbolising rebirth and renewal. It seems to be both grounded within and floating above its environment, combining a stability and lightness similar to that which Bardi achieved with the freestanding space in MASP and her glass panes, designed to display artworks in the Museum. 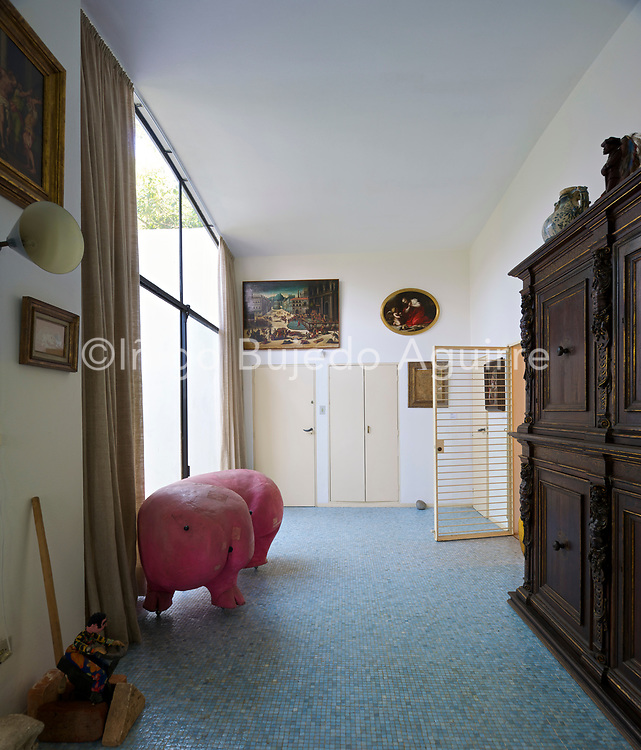